There’s dancing, and then there’s dancing. While the throbbing chaos of a mosh pit holds an allure for some, it’s hard to beat the crisply calibrated turns of a tango, or the daring dips of a foxtrot. The key to success, of course, is choreography. And it’s no different with the canine version.

Doggy dancing emerged in the late 1980s out of heelwork to music, and has evolved into an actual canine sport that’s formally called musical canine freestyle. Moves are seemingly as limitless as a handler’s imagination, with dogs weaving, jumping, spinning, bowing, rolling over, and, for that big finale, jumping into their human’s arms.

In most competitions, dogs compete off-leash, and the team is judged on a variety of factors, including creativity, accuracy of moves, and choreography. Points can be lost for excessive barking and physical manipulation of the dog by the handler. A quick visit to YouTube yields dozens of entertaining routines, like this bow-tied Great Dane in New Zealand kicking up his heels to “Big Spender.”

All of this takes a great deal of training and practice, which Sara Carson of Los Angeles knows firsthand. She and her trio of “Super Collies” have performed dance routines internationally. Last year, Carson and her pup Hero placed fifth on “America’s Got Talent,” auditioning with a pirate-inspired performance that drew a standing ovation from the crowd, and even the notoriouslycantankerous judge, Simon Cowell.

“I’ve never seen a dog have a sword fight with his owner before,” Cowell said to his skeptical co-judges, climbing onstage to console a weeping Carson and plead — successfully — to have comedian Howie Mandel and supermodel Heidi Klum change their no votes to yeses.

Today, Carson tours the globe, conducting dog-trick workshops and teaching the basics of the fledgling sport of musical canine freestyle to eager owners; she also teaches dance maneuvers like “hooped arms” and leg weaves on her Puppr app. Carson notes that it’s likely not a coincidence that, unlike the show’s American judges, British-born Cowell “got” her performance: musical canine freestyle is hugely popular in the United Kingdom, where dog shows like Crufts prominently feature the crowd-pleasing performances.

“Trick dog stuff is just becoming a thing in the United States and Canada,” Carson explains, adding that part of the problem might be the sheer amount of training involved. “Freestyle is actually a bond you have to build with your dog. You have to train each individual trick, and that takes time.” Fudging things with a four-footed dance partner is almost impossible, she adds. “If you mess up, most of the time people can tell.”

That said, there appears to be a desire among the dog-owning public to go beyond basic obedience training — “sit,” “down,” “come” — to teaching more sophisticated behaviors. The American Kennel Club recently introduced four Trick Dog titles that owners can earn with their dogs; the most advanced of them, AKC Trick Dog Performer (TKP), requires the handler and dog to perform a routine with at least 10 previously learned tricks, and is a logical stepping stone to formal freestyle competition.

Not surprisingly, Carson says the most common breeds for musical canine freestyle are herding dogs like her Border Collies, who have an innate desire to please and work for their handlers, and are congenital overachievers. Likely because they strike a balance between agility and sturdiness, medium-size dogs are popular candidates for freestyle competitions, though Carson says she gets inquiries from individuals who own everything from Pugs to Rottweilers. “I’ve seen some pretty good Chihuahuas, too,” she muses. 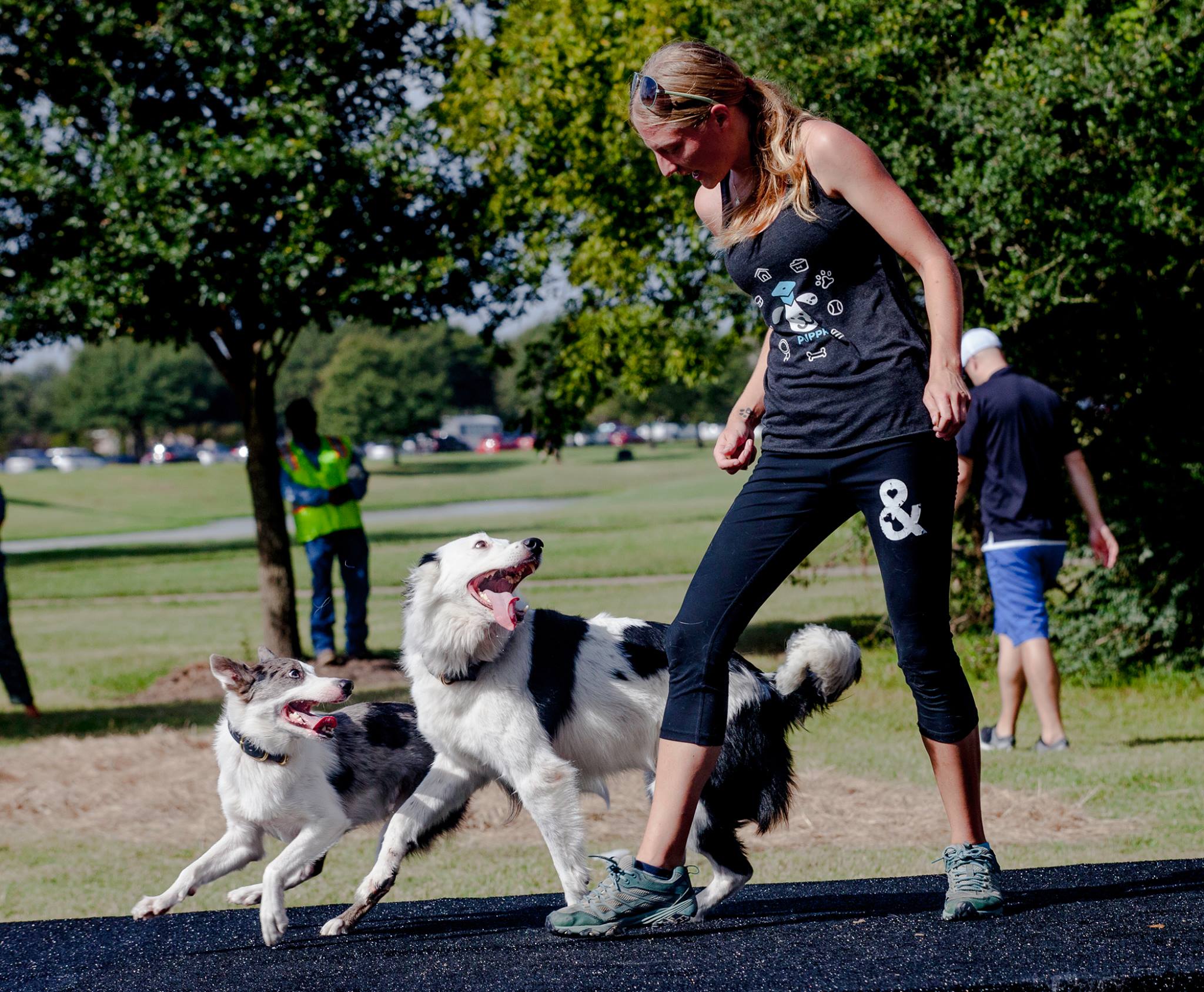 The key is tailoring your routine to your particular dog. Having an Irish Wolfhound weave in and out of your legs might not be the best option — nor even a physically possible one — so choose tricks that work for your dog, such as walking on his hind legs, “which is something most every dog can learn to do,” Carson says.

More than anything, owners need a dog with a stable temperament and willingness to work, and one that finds his handler more interesting than what’s in the audience or on the floor 10 feet away.

In the aftermath of his performance with Carson on “America’s Got Talent,” Hero stood by, tail wagging, as the judges critiqued and debated. And that, in the end, is the real appeal of musical canine freestyle — dogs may not be able to tell the difference between Broadway tunes or classic rock, but they always know when they’re having fun.

Show Dogs “Sexploitation” Scenes to be Cut After Angering Parents

Therapy Dogs Will Calm Runners At The NYC Marathon Start

FACT CHECK: Did Donald Trump Proclaim That ‘Dogs Are Disgusting’?